For the four years I have been living in Japan, I have never felt attracted to Japanese cosmetic products, and for many different reasons. First of all, the TV commercials. They always show beautiful Japanese ladies with perfect skin, they would compliment the effect of their “whitening lotion”. They also would have this strange way to play with their skin as it was some British jelly and cry out how their skin is soft after applying the product. Second, I had never been able to find my skin tone among all the Japanese makeup available in the drug store. The foundation creams in Japanese are so pale that I would have looked sick if I had tried to wear some.

To remedy this situation, every time I go back to France I buy all the products that I need from face cleansing to shampoo and conditioner (for thin hair, which is not like Japanese hair). By being a western women in Japan, I clearly felt the assumption that Japanese people consider their skin tone as unique and specific to their “people”. 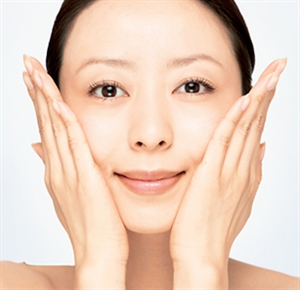 In her research on Japanese whiteness, Mikiko Ashikari (2005) tries to explain where the idea of a specific white skin among the “Japanese race” comes from. According to Ashikari, it seems less likely to be from Caucasians’ influence, since Japanese women considered Caucasian skin as “rough, aged quickly and had too many spots” (Ashikari 2005:82). The idea of white skin in the Japanese society is even more specific than any other features that could define the idea of being “Japanese”. Although Japanese change their hair color with dying products, their eye color with contact lenses, and their physical features with plastic surgery, they would never change their skin color because “the notion of Japanese skin works as one medium to express and represent Japaneseness” (Ashikari 2005:76). As Ashikari notes, by defining a specific skin color to their race, Japanese people are even able to reject the Okinawan people as a “second-class citizens” (Gibney quoted by Ashikari, 2005, p. 80).

Actually, Japanese whiteness has its roots even before the Black Ships arriving in Japan during the 16th century. It is said that during Nara Period (710–94) and Heian Period (794–1185), Japanese women were already using diverse products to light their skin tone (Kyo 2012). The ideal of white skin is also found in a lot of literature of this period such as the Diary of Lady Murasaki and Tale of Genji (Kyo 2012). Back in the Heian Period, women would blacken their teeth and shave their eyebrows. Nowadays nobody would shave their eyebrows as a sign of beauty but the idea of white skin as the ideal of beauty among Japanese women is still a recurrent topic in Japanese society.

In the case of Japan, we are actually not facing an issue of white supremacy on a “secondary” race, but the emergence of the uniqueness of a specific and idealised race through notions of a Japanese race. The idea of a race is still a controversial subject in scientific research, and I think that the Japanese people’s attitude toward their own skin as a part of their own race should be also considered as controversial. If we follow the idea that whitening one’s skin in order to follow an old tradition that dates back to the 10th century, then the “French race” also should wear white makeup in order to respect the traditions from the 15th century.

The commerce of whitening products in Japan is not an issue of how much Japanese people spend on those products, it is an issue of how it feeds the Japanese mentality on their own uniqueness. As Ashikari (2005) explains, white skin in Japan is not only a beauty feature among Japanese women, it idealises the white face as a symbol of the “Japanese identity as a race and therefore very different from — and even “superior” — to western whiteness” (p.89). The marketing is using a single element to increase the belief of a unique race in order to make more profits. With these actions, they instill in Japanese people a fallacy of their identity and create an idea of a skin superior to any other white skin and so superior to any other kind of “white race”.