In the section “Does Sailor Moon ‘look white’?” of Terry Kawashima’s article “Seeing Faces, Making Races: Challenging Visual Tropes of Racial Difference”, Kawashima argues that facial features and skin color commonly found in the Shojo Manga characters should be understood as “an assertion of a certain kind of aesthetic promoted in contemporary Japan”. Whiteness, as well as those body features (like smallish noses, mouths, and round faces), is read as a standard of beauty. Those elements are not necessarily characteristics of the white. The process of “Japanizing” of “white” figures and “whitening” of Japanese figures occurs simultaneously. The white or the westerners spread their value

One of the contemporary results for a western-dominated world setting up the standard of beauty is just as what Terry mentioned in the next part of her article, “self-alteration” of Japanese. Japanese consumers purchase products to make themselves look white. Seeking whiteness became a fashion and more economic value was created through the idea of being whiter. However, this is definitely not just a contemporary phenomenon. Historically, there are more serious issues which shares similarities with the spreading aesthetic of seeking whiteness.

The example of the “Hadairo” (Skin Color) crayons, which the color of the “Hadairo” crayons selling in Japanese market is actually whiter than the color of Japanese. Japanese children also tend to paint the skin of Japanese with a brighter color, which reminds me of the famous Clark doll experiment conducted by Dr. Kenneth Clark and his wife. The experiment was conducted under the social context of racial segregation in 1954. During the period of racial segregation, whites were separated from African Americans in terms of various social facilities or services such as education, transportation, etc. As segregation and discrimination against African Americans went on, the social image of African Americans was constructed as inferior to whites. Under the legal doctrine of “separate but equal” admitted by the U.S Supreme Court, the segregation was justified. The experiment was a key evidence to show the negative influence of segregation to the children.

The construction of the image of a certain race might be through segregation. In the experiment, Dr. Clark showed one white doll and one black doll to African American children and asked them the following questions in such order:

“Give me the doll that looks like a white child,”

“Give me the doll that looks like a colored child,”

“Give me the doll that looks like a Negro child,”

As a result, most of the black children regarded the black doll as bad one and surprisingly 44 percent of the African American children said that the white doll looked like them. This is indeed similar as the Hadairo crayon case. Both Japanese and black children’s mindset of beauty are influenced and set by the dominant white race.

It is natural for a race with dominant power over other races to create a better self-image and set up the standard of beauty in any historic period. This might be achieved through different methods. In case of the Clark doll experiment, this was achieved through racial segregation. In the modern version, it was through globalization and mass media. Personally I feel that the phenomenon may lead to one possible conclusion: The standard of beauty changes all the time according to the global power balance and there are always new methods to spread those values. I strongly believe that this is an ever-lasting phenomenon. 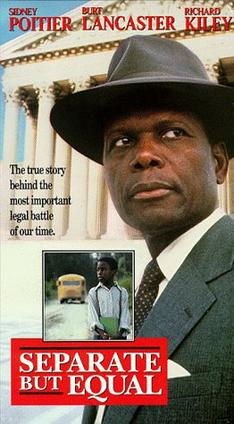 For more information about the racial segregation and Clark Doll Experiment, I would like to recommend the movie, Separate But Equal.